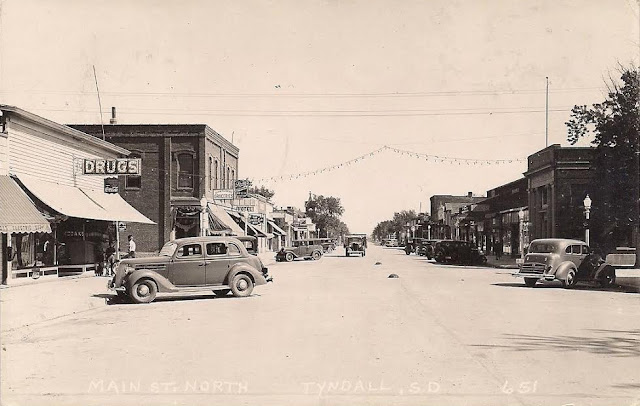 "When South Dakota was officially organized as a territory by Congress in March 1861, the site of Tyndall was just a part of the great rolling prairie. As a town it came into being when the railroad came through the country. The first building was the (Chicago, Milwaukee, St Paul & Pacific Railroad) depot, and the first freight shipment was a box of rabbits (shipped December 9, 1879 to Portage WI by Alois Zienert). However, previous to that time, Dan Currier, a pioneer of imagination, had moved into the vicinity at the first signs of building the railroad, and had built his home on the very spot where he thought the railroad ties would be placed. He built a village of his own and named it Danbury. " 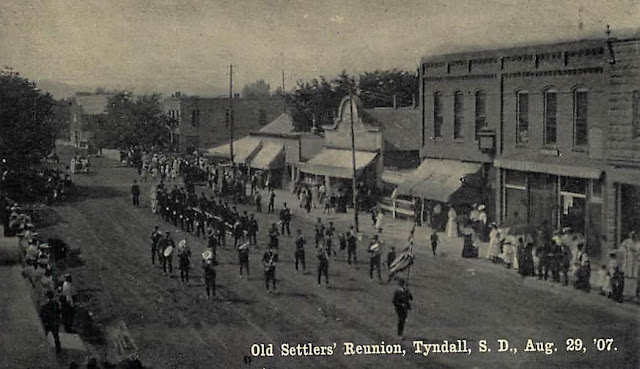 Read the entire history of Tyndall and its people here: 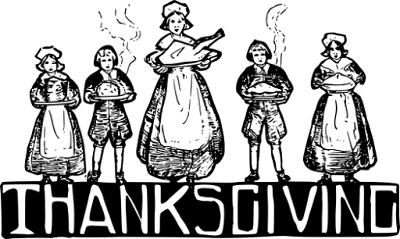 A Bon Homme Thanksgiving Message by Bob Foley
The Thanksgiving tradition originated in 1621 when Pilgrims celebrated their first year in the new world. William Bradford, founder and longtime governor of the Plymouth Colony settlement, wrote of the first Thanksgiving celebration:
"They began now to gather in ye small harvest they had, and to fit up their houses and dwellings against winter, being all well recovered in health & strength, and had all things in good plenty."
Daniel P. Bradford, descendent of Plymouth Colony Pilgrim William Bradford, arrived in Bon Homme by wagon train on November 12, 1859 with his son Henry. His wife and family followed on the first riverboat of spring 1860. Like Plymouth Colony Pilgrims seeking freedom and prosperity, pioneers who founded Bon Homme County traveled far and endured much to create a community in a new land of so much promise.
President Abraham Lincoln declared Thanksgiving as a national holiday in 1863, amidst the Civil War. His…

Volunteers have been busy cleaning and organizing new displays in the old Bon Homme Memorial Church portion of the museum. Hope you enjoy this sneak peek!
Original Advertising Curtain from the Movie Theatre in Tyndall (photo courtesy of Judy Mace)
1885 Bon Homme Congregational Church Memorabilia This bookshelf contains artifacts of the 1885 Bon Homme Congregational Church
including the original communion set, scrapbooks, photos of the church and pastors,
and other congregational memorabilia. (photo courtesy of Bob Foley)
Vintage Kitchen Ware This display contains vintage kitchen items and refrigerator.
The green handled kitchen utensils are circa 1930's
and the red handled kitchen utensils are circa 1940's. (photo courtesy of Bob Foley)
We can't wait to welcome you into the doors!